Football
PSG forward Lionel Messi was presented with the award on Monday night in Paris after another record-breaking 12 months; Bayern Munich striker Robert Lewandowski – favourite for the prize in 2020 before cancellation due to Covid – came second in the vote with Chelsea’s Jorginho in third
Tuesday 30 November 2021 11:57, UK
Please use Chrome browser for a more accessible video player

Lionel Messi has won the men’s Ballon d’Or for a record seventh time.
Messi, who left Barcelona as a free agent to sign for Paris Saint-Germain in the summer, was presented with the award for best men’s footballer in the world on Monday night in Paris after another record-breaking 12 months for club and country.
He saw off competition from Bayern Munich striker Robert Lewandowski and Chelsea midfielder Jorginho.
HERE IS THE WINNER!

SEVEN BALLON D’OR FOR LIONEL MESSI! #ballondor pic.twitter.com/U2SywJmruC
“I’m really proud to win the France Football Ballon d’Or once again,” said Messi. “It’s incredible to win it for the seventh time. I would like to thank my family, my friends and all the people who follow me and always support me, because without them I couldn’t have done it”.
Messi, who wore a sparkly dinner jacket at the ceremony in Paris, collected the honour for a record sixth time in 2019 – one ahead of great rival Cristiano Ronaldo – before the awards were cancelled in 2020 due to the coronavirus pandemic.
Poland international Lewandowski, 33, who was widely expected to win last year, finished second after scoring 38 goals in 30 league games for Bayern in 2021.
Meanwhile, Jorginho finished third after a standout year in which he helped Italy to glory at the delayed Euro 2020 after lifting the Champions League trophy with Chelsea in May.
Chelsea also won the club of the year award for having most players nominated across all of the categories.
Club of the Year, that’s the tweet. 💙#BallonDor pic.twitter.com/mHU309Xvap
Manchester City forward Raheem Sterling was the highest-ranked England player for the men’s award, finishing 15th, with compatriots Mason Mount, Harry Kane and Phil Foden 19th, 23rd and 25th respectively.
In July, the 34-year-old ended his long wait for a major international trophy by winning the Copa America with Argentina as they beat hosts Brazil in the final.
Messi shared the Player of the Tournament prize with club-mate Neymar and took home the Golden Boot after registering four goals and five assists.
Three months prior, Messi scored twice in the Copa del Rey final to win his 34th – and final – trophy with Barcelona as they beat Athletic Bilbao 4-0 and finished the La Liga season as top scorer with 30 goals.
The PSG forward was the previous winner of the award in 2019 as last year’s edition was cancelled because of Covid. Messi also won the Ballon d’Or in 2009, 2010, 2011, 2012 and 2015.
Sky Sports football writer Adam Bate
This was the year that Lionel Messi finally won a major international trophy for Argentina. Yes, he had an Olympic gold medal already. But it was his inability to inspire the senior side to go all the way at a tournament that was so frequently held against him.
Messi was brilliant in Brazil. He was the Copa America top scorer with four goals but also registered the most assists – five of them. Against Ecuador in the quarter-final, he cleverly set up each of the first two goals before scoring the third himself.
That free-kick was one of two scored by Messi at the Copa – more than were scored by everyone at Euro 2020 combined. They were among his 15 goals scored from outside the penalty box in 2021. As his pace deserts him, other qualities have come to the fore.
His form for Barcelona during the first half of the year should not be forgotten. He scored 28 goals in 29 games, including two in a man-of-the-match performance to win the Copa del Rey in April. The team was not functioning at its best, but he remained remarkable.
Messi has made a less compelling case since swapping Barcelona for Paris, but there was still that solo goal in the win over Manchester City and two more against RB Leipzig. Only this weekend he delivered a hat-trick of assists in PSG’s 3-1 win over Saint Etienne.
It is natural to feel sympathy for Robert Lewandowski, a victim of that curious decision not to present an award in 2020. But the biggest reason to feel sorry for those men chasing individual prizes is they have the misfortune to be doing so in the era of Messi.
For some, there is a sense of fatigue at seeing him claim the Ballon d’Or for a seventh time. But sustained excellence can hardly be held against him. The Messi of a decade ago may well have been superior to the Messi of today. In 2021, there has been no man better. 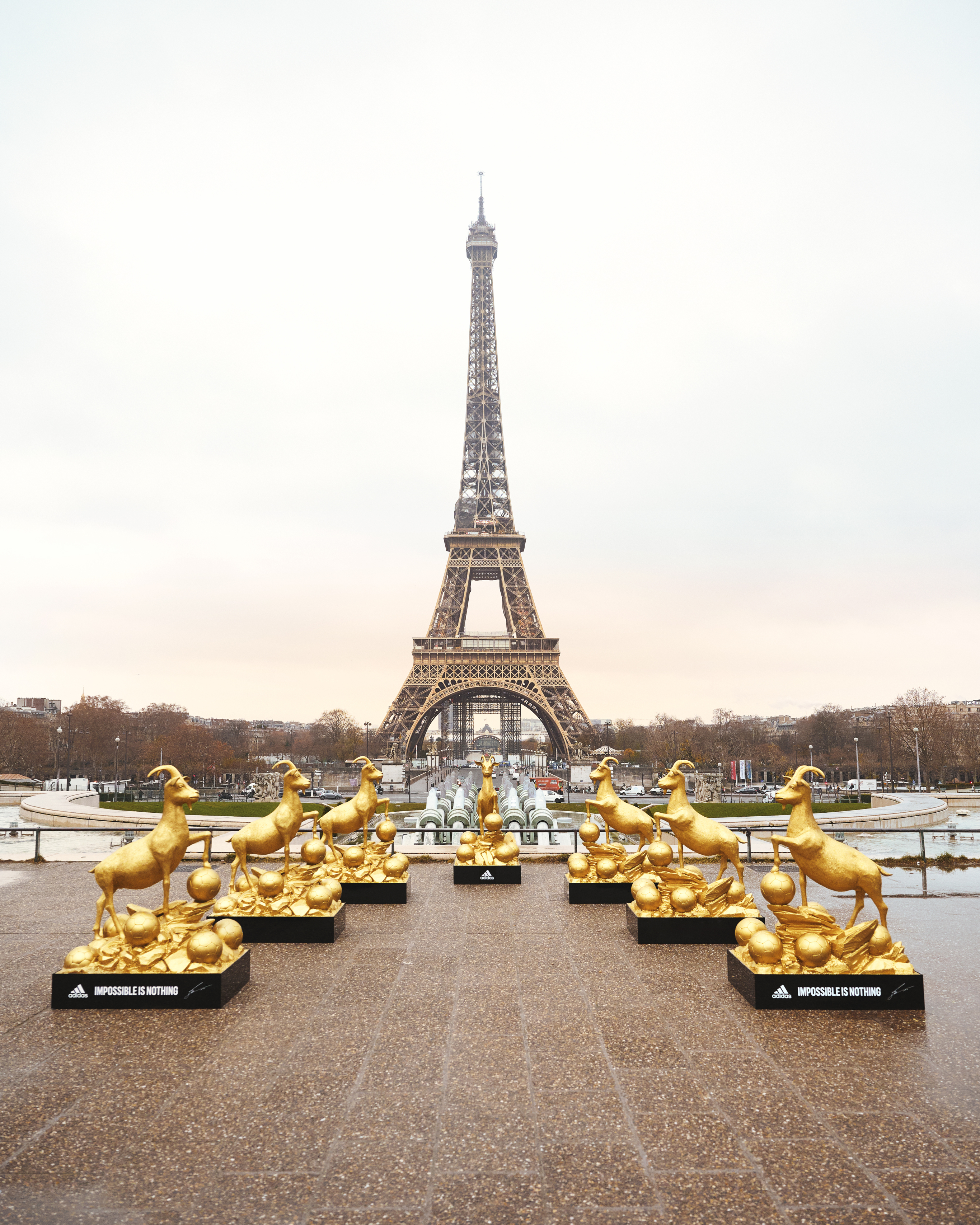 Earlier, Manchester United forward Ronaldo – who came sixth – dismissed claims from French journalist Pascal Ferre that his main aim is to finish his career with more Ballon d’Or wins than Messi.
Ronaldo did not attend Monday’s event at the Theatre du Chatelet in the French capital but responded to Ferre, the editor of France Football – organisers of the Ballon d’Or, on social media.
“Pascal Ferre lied, he used my name to promote himself and to promote the publication he works for,” Portugal international Ronaldo posted on Instagram.
“It is unacceptable that the person responsible for awarding such a prestigious prize could lie in this way, in absolute disrespect for someone who has always respected France Football and the Ballon d’Or.”
Barcelona and Spain midfielder Pedri won the Kopa Trophy, the award presented to the best-performing player under the age of 21.
The 19-year-old was selected immediately ahead of England and Borussia Dortmund midfielder Jude Bellingham, while Manchester United’s Mason Greenwood was fifth and Arsenal’s Bukayo Saka sixth.
Italy and PSG goalkeeper Gianluigi Donnarumma won the Yashin Trophy for best goalkeeper after a successful Euro 2020 campaign in the summer.
But it was the Premier League goalkeepers that dominated the category with four inclusions in the top 10.
Edouard Mendy, a Champions League winner with Chelsea last season, finished second, while Manchester City’s Ederson was fourth in the voting after regaining the Premier League title.
Aston Villa’s Emiliano Martinez’s role in Argentina’s successful Copa America campaign earned him sixth spot, while Leicester and Denmark’s Kasper Schmeichel was ranked seventh best ‘keeper in the world after reaching the semi-final of Euro 2020.
Another Saturday, another chance to win £250,000 with Super 6. Play for free, entries by 3pm.